The Rocktron Unity Chromatic Guitar Tuner Pedal is part of the Rocktron Boutique Series of stomp boxes and is a true “on-stage” guitar tuner, gig ready. The Rocktron Unity Tuner lets you easily see what note you are tuning, no matter what the playing situation. Several red LEDs are also used to help you easily determine if you are sharp or flat and by how much. The Rocktron Unity guitar tuner includes unique photocells which adapt to the lighting situation you are performing in and adjust the brightness of the LED Display to ensure it is visible. For example if you are playing outside on a sunlit stage, the photocells sense that the area is bright and increase the LED intensity making the LEDs brighter and easier to see. The opposite effect happens when playing in a dark, low lit situation, the photocells sense that the lighting is low and dim the LED Display making it easier on the eyes.

The Rocktron Unity Chromatic Guitar Tuner Pedal is equipped with a “STROBE” function that leads to extremely accurate guitar tuning. This is a chromatic guitar tuner pedal built to a high standard for life in the studio and on stage. Rocktron guitar pedals are designed in the USA and are the choice of many famous guitar players, especially the Rocktron rack mounted units. Review the product details, compare prices and suppliers for the Rocktron Unity Chromatic Guitar Tuner Pedal below. 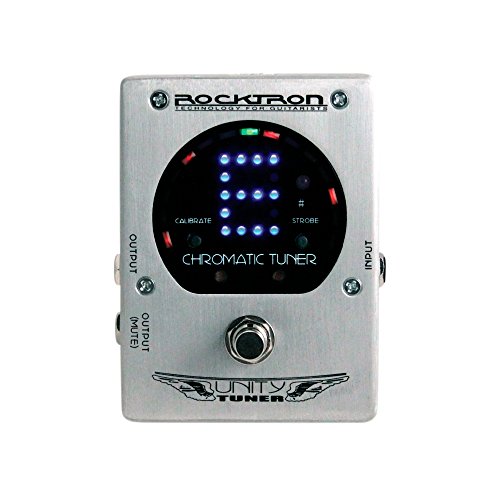 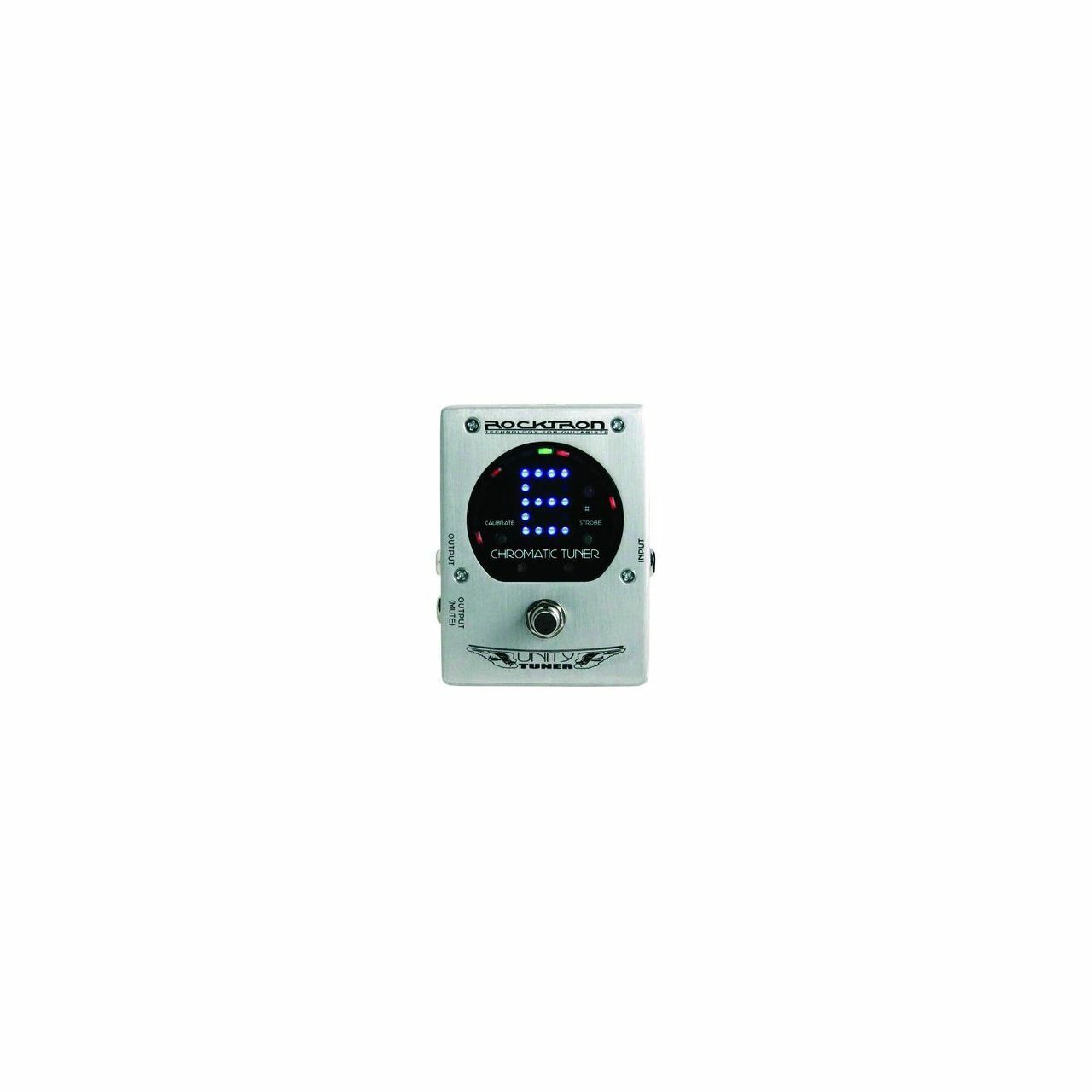 Get the latest special offers and reductions in guitar amp prices and effect pedal prices plus lots of other musical instrument gear by visiting the guitar gear price reductions page. By accessing various online stores it is possible to see differences in the prices and the possible savings that can be taken.

There are lots of Guitar Tuner Pedals to choose from, the Boss TU-3 Chromatic Tuner Pedal appears on a number of famous guitar player pedal boards. There are also models on the market which include the guitar pedal power supply along with a guitar tuner inside the same package, check out the Caline Tuner Power Supply Pedal and the JOYO Power Tune Pedal. There are also a number of pedals which feature a booster function. A guitar tuner pedal can be used to tune a lead guitar, bass guitar and in some cases a banjo and ukulele, in fact they will work with most stringed instrument as long as you know what note you require. As with all things in life, the better quality and costly pedals are manufactured to a higher standard and can tune the guitar more accurately. No one ones to go on stage with an out of tune guitar.

If you decide to buy a Rocktron Rack Mounted Unit or a Rocktron Guitar Effect you are tapping into high quality products used by professional guitar players who are loyal to the brand, using multiple Rocktron items in their live and studio setups.

The YUMAGOLD UK website is expanding with new guitar and related audio products being added almost daily. Get reviews, prices and savings on the latest guitar gear. If you would like to discuss our marketing packages and add your new guitar and brand to our site use the links in the main menu to contact us. The YUMAGOLD website has been created for guitarists and other musicians to review and purchase musical instrument and audio gear. Our unique pricing system reviews the prices on offer from online retailers and displays the prices in a list allowing you to review the best price and place your order online. For more savings visit the SAVE page in the main menu and join the mailing list to get the latest email offers and savings.